Silverstone Circuit, the home of British Motor Racing, is due to open the doors to its first franchised dealership on its 800 acre Northamptonshire site on Saturday 6 June.
The brand new Lotus showroom becomes the venue’s maiden venture into the world of motor retailing as it continues to diversify from its core motor racing business. A newly refurbished 4,000 sq ft showroom will provide Lotus with a new and used sales operation plus an initial four bay service facility.

The dealership and the specially trained technicians employed within it will specialise in the service and track preparation of not only Lotus models but all performance cars. Customers are being invited to attend the opening weekend at Silverstone on 6/7 June to experience what the dealership has to offer and all guests will be offered the opportunity to go on a FREE behind the scenes tour of Silverstone as well as a chance to win the opportunity to test drive the Lotus Exige S on Silverstone’s Southern Circuit.

Various opening offers will be available over the weekend and customers must pre register on 01327 222888 or visit www.lotussilverstone.co.uk

The showroom will be situated close to a new manufacturer test facility due for completion on the existing in-field Stowe Circuit later in the year. The extended track will include a low friction straight and turning circle. The franchise, which will be exclusively owned and operated by Silverstone Circuits, will serve the central zone of the country including counties such as Northamptonshire, Buckinghamshire, Warwickshire and Oxfordshire.

Lotus arrives at the site less than 12 months after Porsche opened its Experience Centre next to the famous “Hanger Straight”. Silverstone is also home to the Audi Driving Experience for retail and corporate bookings, and last year successfully ran the GT-R Academy for European customers of the Nissan super saloon.
Ed Brookes, Finance Director for Silverstone, explained: “Lotus has an exciting future ahead of it with the brand new Evora leading the way, so it was a natural step to open a showroom as we continued our own diversification of the business.”

Details on the redevelopment of the Stowe Circuit will be announced in the Summer. 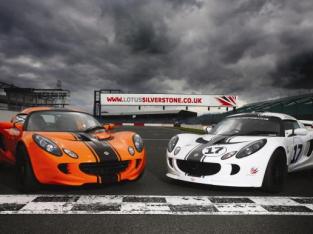